Once In A Blue Moon

Once In A Blue Moon 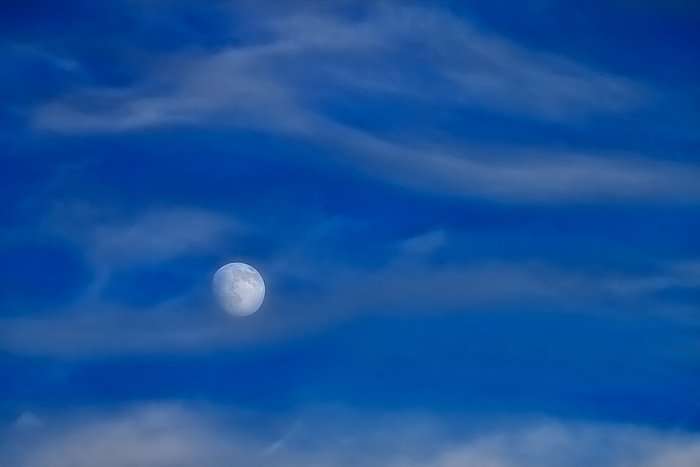 You know the saying, once in a blue moon. What is that about? Is it just a saying, well yes it is just a saying but like all saying from the past it is based on an event that gives it credibility and makes perfect sense.

First off this image was not taken last night, for one it is not full and second it was cloudy here in my neck of the woods so no moon was visable. But like a line of children waiting to see Santa, it wasn’t to hard for me to find a shot of the moon rising in the western sky. I have taken a few in my day.

Wiki describes it as follows: A blue moon is a full moon that is not timed to the regular monthly pattern. Most years have twelve full moons which occur approximately monthly, but in addition to those twelve full lunar cycles, each calendar year contains an excess of roughly eleven days. The extra days accumulate, so that every two or three years (on average about every 2.7154 years[1]), there is an extra full moon. The extra moon is called a “blue moon.” Different definitions place the “extra” moon at different times.

Why am I writing about this. Well shouldn’t I write about a blue moon at least once in a blue moon. Are you with me? Last night December 2, there was indeed a full moon. For some of us it was a cloud covered night so we didn’t get to see it, but it was there nonetheless. And guess what is going to happen on December 31? Besides the parties and goings on of bringing in the new year there will again be a full moon, the second one of December, “The Blue Moon”.

So have you learned anything. Maybe as your preforming your year end activities on December 31st if you remember, you can start a whole big conversation with, “hey look, a full moon. Did you know that is a blue moon”?

Anyway enjoy what you can when you can. Hopefully it will be more often than, once in a blue moon.