Morning at the lake

Morning at the lake 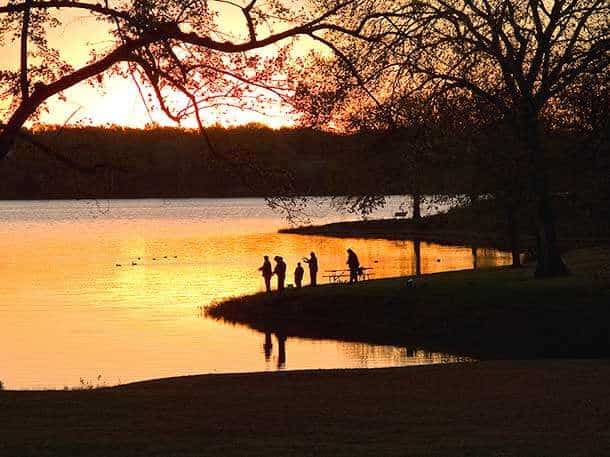 Changes to the Daily Photograph ~


I got up about an hour before sunrise this morning with no particular place in mind that I would go for chance of a sunrise image. I set in my living room sipping a cup of coffee enjoying the quite solitude of the dark early morning and decided to just get in the truck with my gear and head towards the nearest out of town area. This happened to be south of town and within a 10 minutes I was on country road making dust trails. Like has happened many times nothing was striking me as a photograph even though the eastern horizon was glowing with orange, yellow and blues. I continued driving and eventually made a 20 mile loop around and back in to town on the south edge of Lake Shawnee. I thought about just going to the lake initially this morning but the country seemed to be calling. The sun was within a few minutes of rising and still no snaps of the shutter had been made. Driving around the lake and just by happenstance or luck or just the simple fact that I was out in the early morning like all good photographers should be whenever possible this scene appeared before me. I immediately turned around and pulled to the side of the road grabed the G11 and at full zoom snapped a few shots of the “Morning at the lake”.

Now for a explanation of the subtitle of this post, “Changes to the Daily Photograph“. I started the DP on November 19, 2009 my how the time flies, and as of today there have been 314 entries which began with this category being call “Daily Pics” (there is a story behind changing the name as well).  Now another slight change, the “Daily Photograph” will remain almost entirely the same with this one exception, the titles of the posts will no longer be “Daily Photograph mm/dd” instead they will be titled such as this post is, with a name that seems appropriate to the general subject of either the image or my musings in general. They will be subtitled as this post is (Changes to the Daily Photograph) with the Daily Photograph mm/dd as before and of course remain in the same category. Not all posts will be Daily Photograph posts such as the case now but they all will remain together as additional post of various subjects and categories are added. I felt a need to be clearer in title and give you a better idea of the DP subject matter or thoughts behind the post which precedes.  Ok, now that I have attempted to explain something you may not have any interest in whatsoever and could care less, I will grant you good day.