I can not believe my lack of even a simple journal entry has been so long! To be honest it is due to the lack of… just doing it! I am somewhat of a procrastinator (dah). I always think there will be a better time to do whatever it is I need to do. This does not go over well with things like a journal for crying out loud, as if I have dropped off the edge of the planet! Nothing could be further from the truth. All I can do is quickly try to catch things up as I hang my head in total humiliation.

OK, enough of that time to just carry on. I no longer have the excuse of getting things ready for the Kansas Sampler Festival that took place the first weekend in May. And as I had hoped it was a great success! Wow did I meet a bunch of great folks! Many of them even bought pictures! It really was all I had hoped for and then some. A great weekend weather wise drew a record crowd of over 11,000 people! Something else that I had hoped for but didn’t hold my breath on was the continued follow up of contacts and sales opportunities. I hope everyone that took home a print or two or three are enjoying them now and for years to come. Thank you all.

Following that weekend my lovely bride and I spent three wonderful days in Cottonwood Falls, Kansas. Truly one of my favorite places. You just can’t beat a lovely small town nestled in the beautiful Flint Hills of Kansas.

I spent many hours hiking the lands around Chase County Lake. Much of the area had wonderful new spring growth that stood out great from recent early spring burns. Clearing the land of old brown grasses and letting the new green growth shine like a star in the night. There was a good deal of cloud cover the couple of days I was out wondering the prairie lands which I don’t mind at all. A little on the windy side which is not unusual so my selection of what to photograph was at times challenging. I was doing something a little new the days I was out and that was pulling out my phone and taking quick snapshots of things and quickly posting them to my Instagram, Twitter, and personal Facebook profile sites. If you caught any of them at those areas you would have been seeing the pictures just minutes after I had taken them. I found this a fun thing to do and plan on doing it on a regular basis. Sometimes the areas I am in has zero cell coverage but, when able I will get them posted to those three sites as soon as possible.

I have made it out a few more times over the last couple of weeks as well. This is such a great time at present with miles and miles of new green growth taking hold of the prairie lands. Not all day trips results in tons of photos. As I have learned over the years opportunities rely on a few elements coming together at just the right time. So hours of exploring may result in just a few shots but, always results in hours of being at peace with nature. I have found this to be the most beneficial aspect of what I do. A little example of this is just the other day I had driven hours slowly making my way up, around and through the great grasslands that encompass the flint hills. After about three hours all I had to show for it was an empty memory card. But, I had managed to come across two turtles (in different areas) in the middle of the gravel road. I stopped, hopped out of the truck and moved each one over to the grassy side in the direction they were headed. Later in the day as I thought about not having taken a single picture I realized, maybe it was plausible that my task for that day was not to take pictures but to help two turtle out. When I look at my time out in nature more and more it becomes trying to understand what my roll is. Sometimes that may be to photograph a wonderful scene but, that doesn’t have to be the case to have a since of accomplishment. Those two times would have made a couple of nice instant snapshots with my phone for my quick postings. Opps, guess I was more worried about getting the turtles off the road than my social network updates!

My springtime journeys are not yet over. I have plans to be back in the Chase County area this coming weekend, more than likely the Chase County State Lake and spend a few more days camping out under the stars. This time I will go it alone, just me and Mother Nature. I am fairly specific when I chose to do some camping. First of all it can not be a holiday such as last weekends Memorial Day holiday. I choose to do these things when most folks chose to stay home. The following weekend (the first weekend in June) in another time I shy away from the Cottonwood Falls area. This is the weekend of the Flint Hills Rodeo. It is really quite a big to-do. Parades, campers and folks getting into what is a great tradition. It simply is just too crowded for my likes so I will sneak in between the busier times.

I know I have just touched on getting things up to date here but, things have slowed down some so bare with me as I get this journal rolling again. 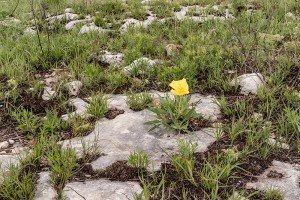