I’m just starting to go through a few hundred images that were made over the last few days. I spent some great time traveling my favorite places, The Kansas Flint Hills! Guess that is no surprise. The weather played a big roll on where I chose to go but, I probably would have been in the same places regardless of the weather. We have had a series of days with beautiful skies. The big white fluffy cloud kind of days. Clouds are simply amazing things to watch. I find myself staring at them until I become dizzy and begin to loss my sense of time, direction and balance! What a way to go! Lost in the clouds! I got a late start last Friday, even though the weather was all I could wish for my motivation seemed less than what I wanted. At times the lack of sleep seems to hit me hard and though mentally the desire exists, physically my body seems to hold me back. I’m thinking I just need to get out more, less is just not an option. I found myself approaching The Tallgrass Prairie National Preserve late Friday afternoon.

Funny how things work out, I could not have picked a better time to be in this area if I had tried to plan things out. In case you don’t know I do very little planning of outings. Oh I will plan on a direction and maybe even an area so I don’t just wander around but past that I kind of just go with the flow. Sometimes the flow is quick but, most times I try to keep it at a calm pace. I have found that the more I try to hurry the more I feel like I am passing things by that I should be paying attention to. Anyway, as I made my way down Hwy 177 the clouds were just amazing. On two occasions I thought I should just stop and take pictures of what was right in front of me. That would have been just fine and not a waste of time at all. I continued at a somewhat slower pace and soon found myself passing the Lower Fox Creek School which is located on the nearly 11,00 acre preserve. Here is a picture of it from a previous time. Lower Fox Creek School. Located one quarter mile north of the main entrance, the first classes began in 1884.  The main entrance is where the visitors center is and where the original homestead sets built in 1878 by Stephen F. Jones who donated land for the school. This became the Spring Hill Farm and Stock Ranch. Here is a picture of the original homestead which is now open to the public to tour along with other original buildings including a three story stone barn that was the largest in Kansas at the time. Original homestead. The Spring Hill Farm and Stock Ranch became one of the premiere ranches of the state and a true showcase of a ranch. The house was placed on the National Register of Historic Places April 16, 1971 and the entire ranch was designated a National Historic Landmark February 18, 1997. Now we have the Tallgrass Prairie National Preserve to help this wonderfully historic place along with the nearly 11,000 acres of pristine tallgrass prairie to live on. Any research done on North Americas prairies and specifically the tallgrass prairie will astound you on what we once had and what is now left. These now protected lands are vitally important as one can quickly learn.

OK, I’m not a historian so I should not try to play one. There are a few places along Hwy 177 as it passes through preserve land that one can turn into and stop. Basically just field entrances not really parking areas. As I slowly made my way past the main entrance I became almost frozen with the view in front of me. I quickly pulled of the hwy and began taking pictures until this sight was gone. I guess sometimes it really does pay off to be behind schedule. 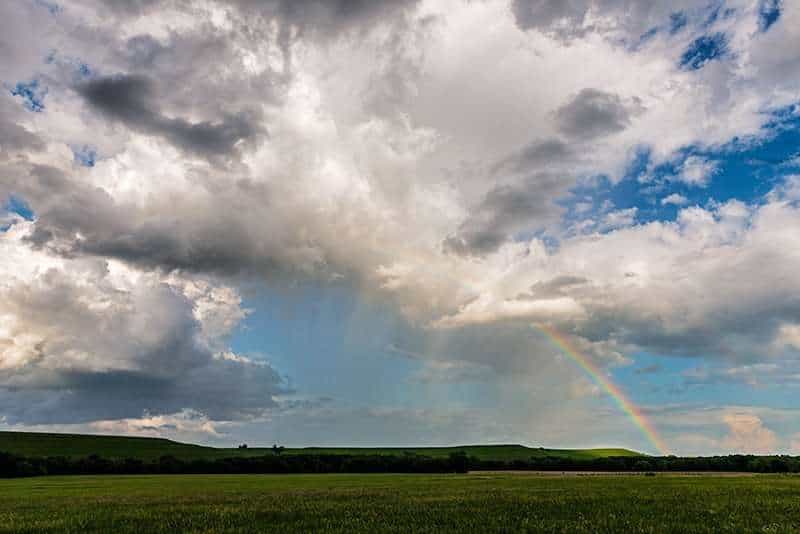