As mentioned in my previous Journal entry of July 21, I wrote about my time spent in nearby Shunga Park exploring a small area of native grasses. I wanted to expand on this wonderful time roaming the mostly waist high grasses. 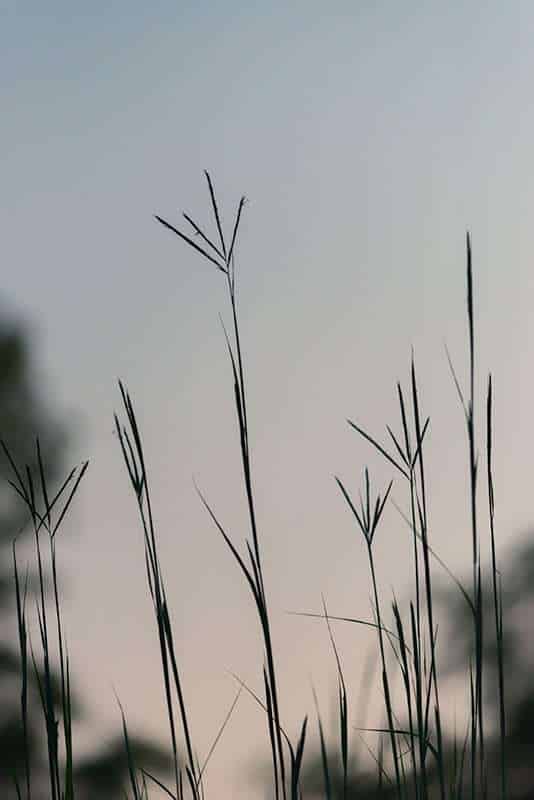 Not all grasses were “just” waist high. I spent a few moments in amazement standing next to growth of Big Bluestem. The main grass bunch or “Blades” as they are refereed to, reached around 4 feet high but, if you know grasses you know they produce what are known as “Culms” the round hollow branches that extend much higher. I stood beside this grouping and reached my hand as far up as I could reach and still fell at least 2 feet short from reaching the top. I estimate the height of these Culms around 10 feet! It has really been a good year for the grasses in these parts. They were a delight to see.

When I initially arrived in this area I was hoping to be able to make a dozen or so images in the hour plus of daylight I had with hopes of producing a few keepers. Of course “keepers” are entirely a personal decision and since it just happens to be my decision I ended up with more than a few.

I mentioned my approach to photographing the grasses in the last entry and this turned out to be not only fun but quite productive. I attempted to soften up the final results but still maintain sharp focus on what I considered the main part of the image. They didn’t require much in the way of post processing. Basically some soft tonal contrast provided by the Nik Software plugin, white balance correction for which I have my own special recipe that works great and that’s about it. I maintained tight composition which is where most of my time was spent in capturing these. When you are literally surrounded by waist high grasses picking out specific subjects to photograph can be challenging. There always seems to be either something in the way that is distracting or something just out of focus that is distracting. There are those few hidden gems in areas like this that when you spot them you just know, “this would make a good picture”. Truth me known, I am sure there are thousands of gems like that if only one had the patience and keen eye to spot would make beautiful photographs. All in all I was very happy with how things turned out with my “keepers.”

By the way, the dozen or so shots I wanted to be able to at least attempt when starting my hour or two there, turned out to be 172 exposures made! And I was forced to stop because it got dark on me! Here is another of my delightful decisions hidden in the tallgrasses.

Related articles across the web