The role of nature in our personal life

This above all: to thine own self be true. – William Shakespeare 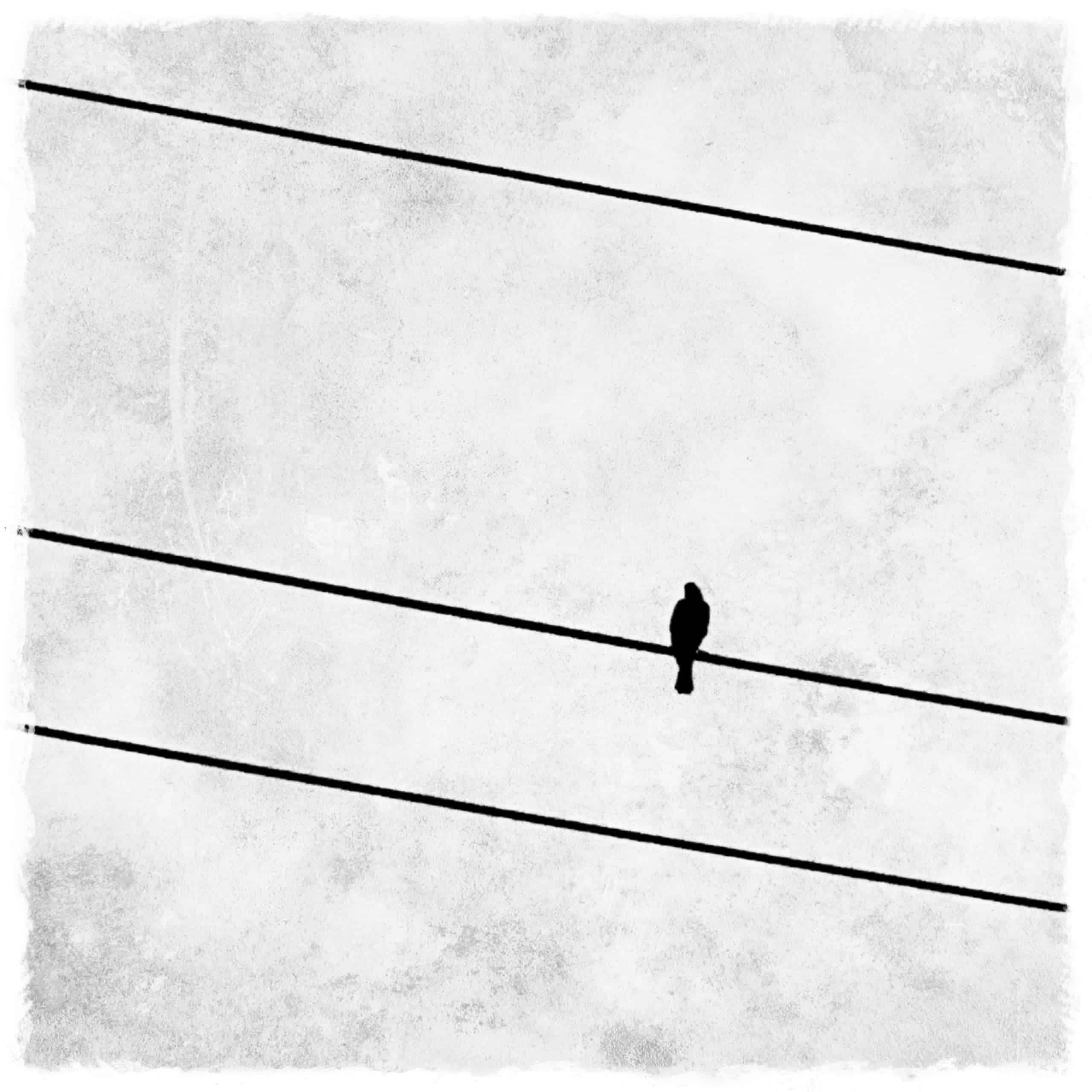 Do you know how you interact with nature?

For the past 10 plus years, there has always been a decrease in photographs made during the summer months. I don’t consider this out of the ordinary, or even a negative thing. Sure I would like to produce great photographs all year long, but let’s be real. We know that just doesn’t happen. At least not with consistency.

When slower times of producing photographs have taken hold I struggle to fill these voids. It has become more clear as time goes on this does not mean the creative process stops or even slows down even though at first it feels that way. It may be that during low photographic output times the creativity could be increasing.

Photography and creativity ultimately come down to attitude. I have always considered myself an optimist. “but then, don’t all optimists?” I also recognize my tendency to procrastinate. Which I don’t consider a very optimistic thing to do. For example, I have sat on this post for a month. Yeah, for the past month I have been tinkering with this post. Why? I have no answer. Well, actually yes, I do have an answer, but I don’t consider it good. I procrastinated. That’s it. Dumb to say the least.

With no legitimate excuse as to not posting this a month ago, I will have to resort to throwing blame. You know the good old finger-pointing game. Hopefully, it will misdirect you away from my procrastination issue.

It’s my phone, (and a nearly 8-month-old puppy, but I can not blame that little fella) after all I believe I have taken nothing less than 1,000 pictures of that high-energy four-legged whippersnapper. All the blame can be placed directly on this device I carry in my pocket that is supposed to be for communication. But it does all these other dumb things that are very distracting. This being my phone. In my case an iPhone (but the make, model, year, etc. is really irrelevant). I seem to go through spurts where I take loads of pictures with my camera phone then for days and days I play around with them using a few different photo apps. The ones I seem to always like using are Snapseed, Photo Toaster, and Picsart.

I am always curious about how different processing techniques produce differing results. The camera on one’s phone plus the abundance of apps available makes it a very time-consuming (or would that be time-wasting) proposition. Needless to say, I get in the groove and one thing leads to another.

I have never considered any camera phone a serious photography tool. But I know I have written posts right here stating how equipment does not determine the success or failure of the artists or their art. So what gives?

Shut Up And Take The Dang Picture

The old saying “If you want to be a better photographer stand in front of more interesting stuff” – Jim Richardson has some merit to it, but it also can be misleading. Possible even harmful to creative growth and development.

If you stand in front of interesting stuff and take bad photographs I would agree you are simply a bad photographer. The logical follow-up to this is, “how do good photographers take photographs”? Since it is possible to take a good or bad photograph of the same subject there has to be something more than just the subject itself. That’s the question, what is that “something”.

I have come to understand the interaction that takes place between myself and nature. That does not make me wise, simply observant. Observant of myself as well as my surroundings. I have turned to nature in almost all situations I have had in life. When happy and filled with joy to times of despair and sorry. From one life extreme to the other, I have experienced the peace and solitude of most, in one form or another in solitude surrounded by the openness of nature.

This has been done purposefully. The last truly sorrowful time occurred approximately 8 years ago. I found myself completely lost in what to do or how to handle the emptiness I was going through. The pain and loneliness were nearly unbearable. I dreaded waking in the mornings because my mind immediately became consumed with loneliness and emotional pain. The only thing that made any resemblance of sense was to be surrounded with wide-open spaces as far away from others and as close as possible to nature.

For most, I believe this is the opposite of what they would seek. I can understand that during times of extreme loneliness one would seek out the company and companionship of others. Close friends, family members, anyone who may help bring a touch of happiness if even for a moment. In my younger days, this is how I handled times like that. Now, honestly, that seems very superficial. There is nothing superficial about nature. It is life staring you in the face. A life that will go on regardless of how one feels or chooses to deal with things. Nature does not and will not feel sorry for you. This reality slap in the face is powerful in many ways.

Days going by and then a few weeks. Slowly my thoughts became more bearable and the days less painful. The process took time. But the day came when I was able to accept my new reality. From that moment on, nature was no longer just “outdoors”, it was a living being that had stayed with me through one of my most trying times. I gained mental strength from nature because of its very presence.

I am not trying to compare any truly difficult time in life to a little creativity slow down. Not at all. But when thinking about the interactions I have had with nature I can not ignore the more serious times and how nature has played a vital role in such a positive way.

So, what does that little personal reflection have to do with photography? Nothing and everything. It is only when you understand yourself you will be able to begin to understand what and why you choose what you choose.

As with any part of daily living, each experience in nature is unique. Not that nature is different or unique from day to day, which it is, but because I am. Time spent in nature when emotions are joyous and happy is a much different experience than when your emotions are filled with sorrow or despair.

What Does It All Mean?

I can only answer that question with what works for me. And that would be, I can not ignore difficult times. In my case, it seems to work like this. If something happens that causes me sorrow or emotional pain I must recognize it and accept it. The more I try to prevent it or fight it the slower it (the pain) is released, thus causing prolonged agony. If on the other hand, I do something like throw myself in the midst of nature I feel completely vulnerable. There is something about this vulnerability that forces me to deal with reality. This in turn makes the pain or sorrow very intense. The result is it comes screaming out of me with very little or no resistance. This results in a sort of “emptying” of emotions. The pain is tremendous but much shorter-lived than the prolonged agony of trying to slowly deal with it.

We humans are or at least can be a very peculiar bunch. We seem to have this weird, odd, detrimental ability to make anything worse in our own minds than it really is. At least I know I am that way. I literally can not think of one thing, even the worse things that have happened to me that ultimately turned out worse than I imagined they could.

One thing that seems to help when times sees unproductive is being spontaneous. Just going through the motions may not have much meaning at first. But if you believe in what you are doing, trying to do the right thing, trying to improve even a little your actions can start the thinking process. In photography paying attention is important. Knowing why to pay attention is more insightful.

Every photograph does not have to be a winner or even a keeper. It could even be said the bad photographs are more important than good ones. Through the ongoing practice of failing success begins to show itself. It just takes time. Like the struggles to get past difficult times. Doing the things that work will help good times slowly emerge.

For in the true nature of things, if we rightly consider, every green tree is far more glorious than if it were made of gold and silver.
-Martin Luther King Jr.

Spontaneous images made with camera phone processed in Snapseed app. 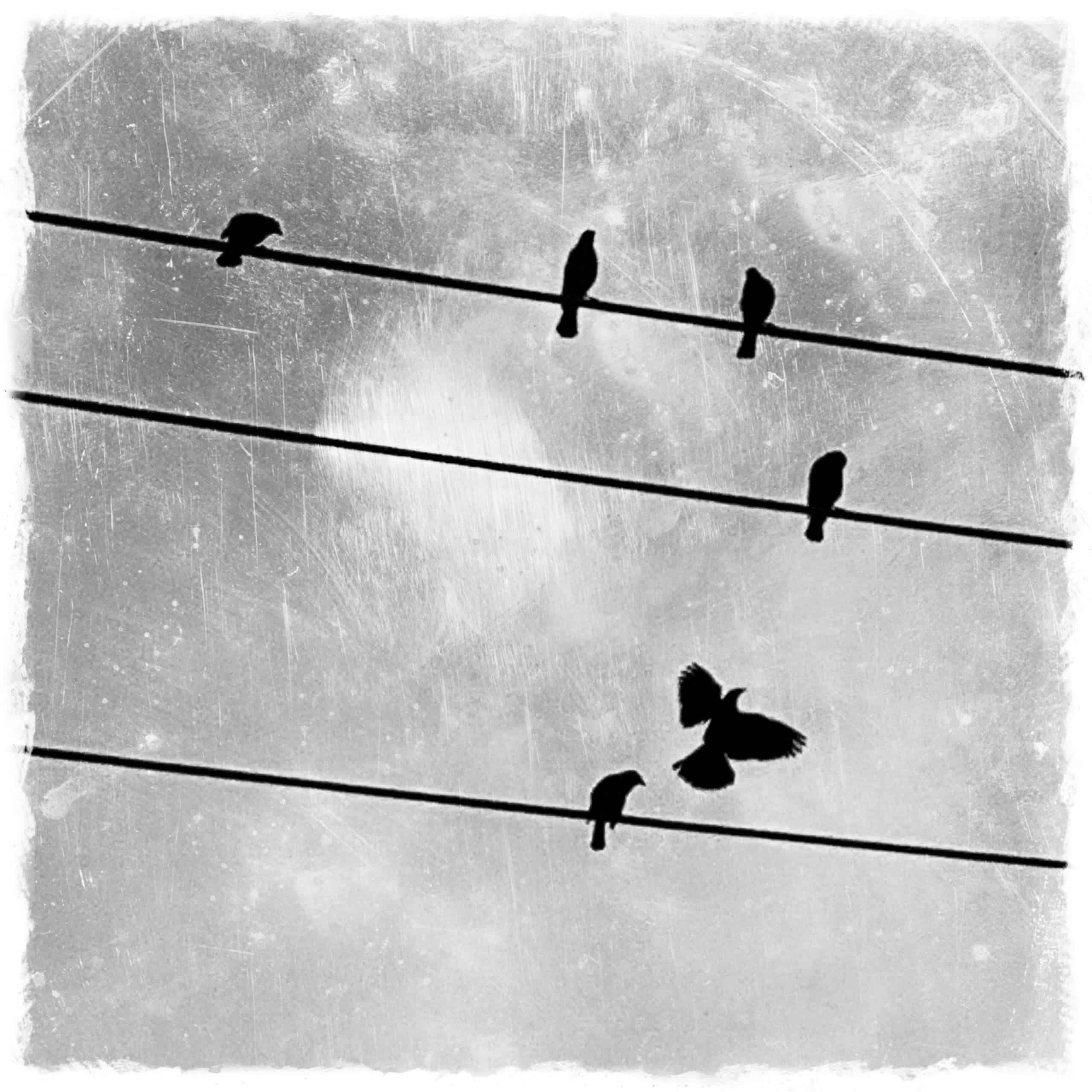 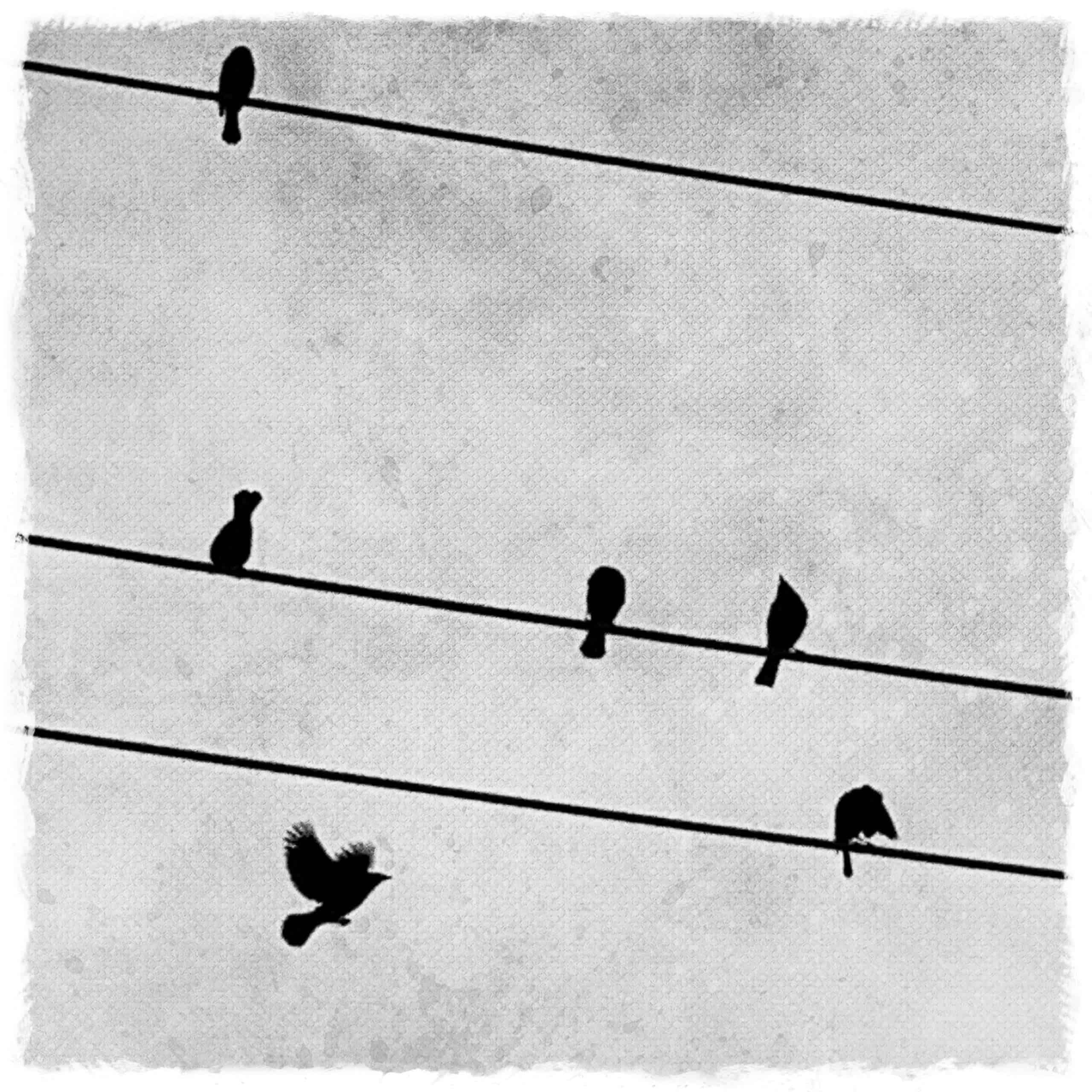 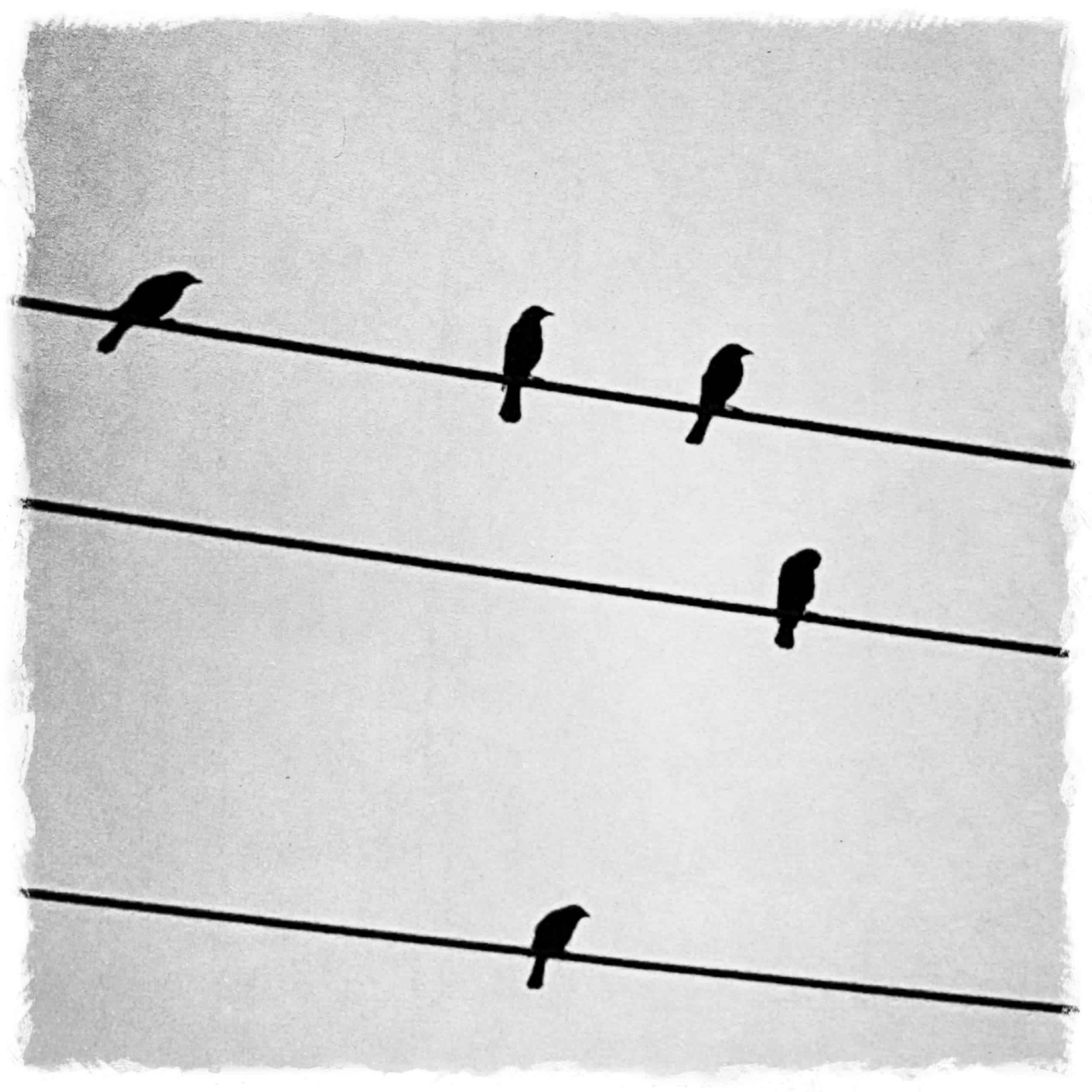