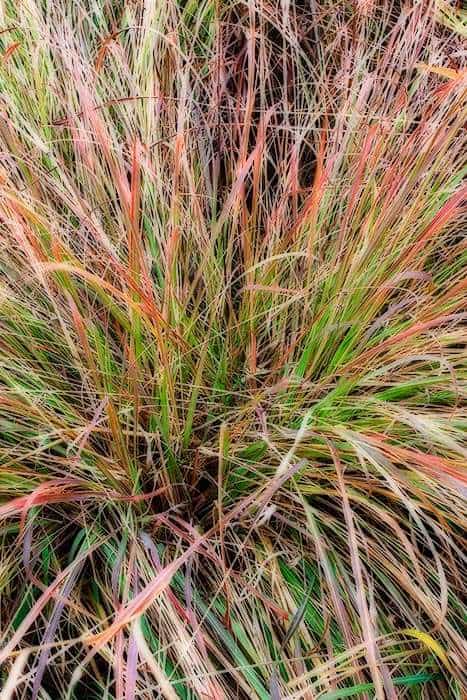 This shot was taken last Saturday evening, I didn’t have much time to go far with only about an hour left of daylight. I grabbed my backpack plus the G11 and took off across the street into Shunga Park. There is an area past the trail that the park and rec commission has dedicated for grassland restoration. I discovered it last winter and have made a few hikes back since. Some of the purple cone flowers I have on the gallery site were taken there. The wind was blowing steadily but I managed to find a few lower subjects out of the direct wind. This is a shot taken with the G11 as I admired the gamagrasses that were turning colors. I seemed to like this composition the best. Worked up again with just a curves adjustment and an Orton effect as well.

I love finding images that the Orton effect works on,  I try it on many but only small few seem to benefit from it at least for what I’m looking for. I think if I shot with the processing idea in my mind ahead of time I would find more that it would work with. The effect not only gave this the typical painterly look but brought out areas of the grasses that look as if it shines which usually isn’t something one looks for in a photo but I liked it in this.