The past, like the future, is indefinite and exists only as a spectrum of possibilities. -Stephen Hawking

For those who are used to seeing regular updates including images on social media mainly facebook you will have noticed I have slowed way down on posting there. At least over the last month or so. This was not an intentional decision, at least at first. I simply was not taking extra time in the day to post.

You may think I am talking about a few minutes here or there but that simply is not the case. Yes, it can be done in a matter of minutes. Grabbing an image and putting online along with a sentence or two doesn’t take long. But over the years, as many know that is not what I try to do. I have thousands of images I could do this with. I could also be like so many others and say a thing or two about the picture such as, “summer sunset lake XYZ”. As if that is all that is needed.

If you are at all familiar with the images I share you will know that is not how I do things. I don’t need to go into specifics here but unless I can share with meaning, I usually don’t share at all. So I typically put some thought into what I share and when I share it. In other words, no quick, “good enough and I’m gone” type of posts. Good or bad that is just the way I do things. I would be a marketing coaches biggest challenge. Marketing today seems to be relentless. Blasting information out into the world at a furious pace. I wish I was better at marketing, but since I prefer to do my own thing my own way and at my own pace, I have learned to be content with how I do things and why.

The biggest time consumer up until last weekend had been getting prints prepared for a new gallery opening April 14th. The gallery, Rock Fish Gallery in Council Grove Kansas has been preparing work from many artists over the last few months. Along with many of the other duties that come with opening a gallery. That took most of my free time the last month or so. I tried to not waste any more than necessary on things like posting to social media. You can read my thoughts on this in more detail in the post I wrote all most simultaneously while writing this one.  Perils Of Social Media.

With time devoted to image preparation, printing, framing, finishing, and deliveries I had many of my days full. When that wasn’t taking place I was working on a project that I committed too many months ago which is the update of this website.

As you have noticed this site has taken on a new look since the end of last year. Anyone who maintains their own website and does it on a professional level knows the hours upon hours that go into such a thing. Sometimes many hours on a single page which requires design, layout, content. I may be a little slower than most due to my extremely picky approach, but I’m not inexperienced with such things. The self-taught approach is somewhat time-consuming, but once done the control is well worth it. It has been an ongoing learning adventure since 2009. It comes down to a matter of, too many ideas and not enough time to try them all.

Besides simple things like site design, I have been working on what is the biggest reason this project started many months ago. That is a new portfolio and gallery of images. Over the year I have become dissatisfied with my current gallery setup. More accurately, dissatisfied with how it is maintained and updated. My current setup relies on a third party hosting and management setup, namely Zenfolio. I’m not going to start bashing them that would just be waste of time. Needless to say, I have put in dozens and dozens of hours over the last 6 months or so to move away from Zenfolio, and that process is still not complete, Hopefully (fingers crossed) it will be sometime before June. Which is the time my annual Zenfolio fee of $279 is due. Yes, there is a financial reason for the move as well. It will nice to eliminate this expense. Especially since I am no longer satisfied with their service.

Not only is this process ongoing, but as I rebuild my portfolio and subsequent image gallery’s I have been reprocessing many images as I go. Again, hours can be spent on a single image from beginning to end. When complete I feel I will have much more control of the interface and things such as purchase options and the elimination of an additional 7% fee paid to Zenfolio on every sale.

As the time gets closer I will provide another update. There isn’t much anyone needs to be aware of other than the look and interaction of the gallery will be slightly different. Hopefully in a good, easier to use way.

I need to give a shout out to a fellow photographer that I don’t know personally but have followed his work, writings, and wonderful podcast for years now. Martin Bailey, as described on his about page; “Martin Bailey is a nature and wildlife photographer based in Tokyo. He’s a pioneering Podcaster and blogger, author, Phase One Brand Ambassador and  X-Rite Coloratti member. Fueled by his passion for nature and travel, and a tireless desire to share his knowledge and artistic vision, Martin is a popular international tour and workshop leader, helping photographers from around the world to experience and capture the wonders of this awesome planet we call home”.

The reason I am obliged to Martin and mention him in this post is due to a podcast he had last July, NextGEN Pro Gallery Review and Walkthrough (Podcast 583) In that podcast Martin explained what I had contemplating myself for some time. The setup, workings, and his opinion of Nexgen Gallery Pro. A full-featured image gallery for WordPress. His walkthrough and detailed explanation of Nexgen Gallery Pro has been very helpful and I have watched it many times as I begin setting it up here.

Okay, what else? Most have been the normal routine of things. Make it out as much as possible. Work on new images. The daily routine of living. I might mention just for those who may have wondered, I am not a full time “photographer” ( I really don’t like describing myself as that. As you can read in this recent post). I spend 40-50 hours on what pays the bills, and that happens to be, an industrial maintenance technician. With that being the case the remaining time I have, at least as much as I can devote to is here, doing this. Living, exploring, and sharing a creative life. I am not complaining by any means. Sure I wish I could change some things with a snap of my fingers, but in all reality, that would be too easy. If anything is to change it needs to be through my own hard work and devotion to what I feel is important.

I will post a few updates as new portfolio galleries become available. Thanks again for sticking around taking an interest in what I do. 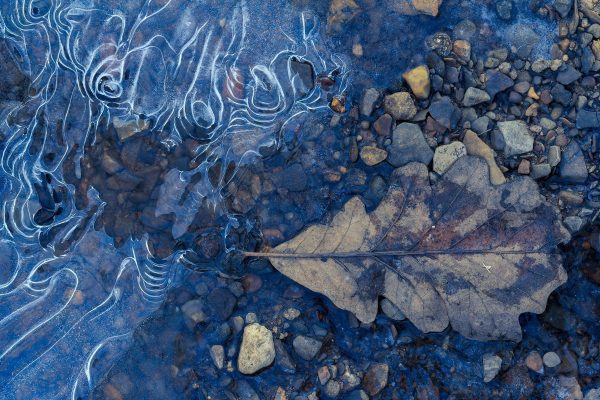