Hey how about a new wallpaper image! Yeah I know it has been months since I offered one but I feel like the time is right again. Plus I just realized this new image from last week would make a nice background and it does!

I wrote a post yesterday that included this image in a smaller viewing size but here like with all the desktop backgrounds I have offered is available at 1600px wide. I have stuck with 1600px for the last year thinking this size would fit most monitors nicely but if anyone is having issue with it and thinks it should be bigger just let me know with a comment.

This image as I touched on yesterday was taken at Melvern Lake about 30 minutes south of Topeka. I had headed down to the area with only about an hour of daylight on one of those “I just have to get out times” and since this was within driving distance before sunset off I went. I checked out one of the hiking trials when I first arrived and took a quick 20-30 minute hike which led me through some heavily wooded areas with not much in the way of photo possibilities. I jumped back in the truck and made my way around to the opposite side of the lake while the sun was slowly sinking below the horizon. Typically I get in a hurry when the sun is slipping away but this evening I seemed to be completely happy with slowly enjoying the moment whether photographing it or not. A rarity for me!

I pulled in to a parking spot along the eastern shoreline in an area that had a leg of the lake stretching north and south which gave me a nice view towards the western sky. Still in no hurry I thought I would just hang out a bit and see what stars would begin showing up. It wasn’t long when I spotted the first pinpoint of light above the western horizon with colorful light still lingering from the sun which had set about 30 minutes previous. I checked later and found out this star is actually Venus and not a star at all but one of our neighbors, in the astronomy sense anyway. As I began to slowly make a few images extra points of light began showing up which I believe are actual stars. Venus is the dominant point of light centered in the sky.

I had a nice relaxing time over the next 20 minutes or so making an image every so often as the sky darkened and colors began to play with the night sky. A long exposure was used to help smooth out the water and produce a more serene look to this already relaxing view. I hope you enjoy it! 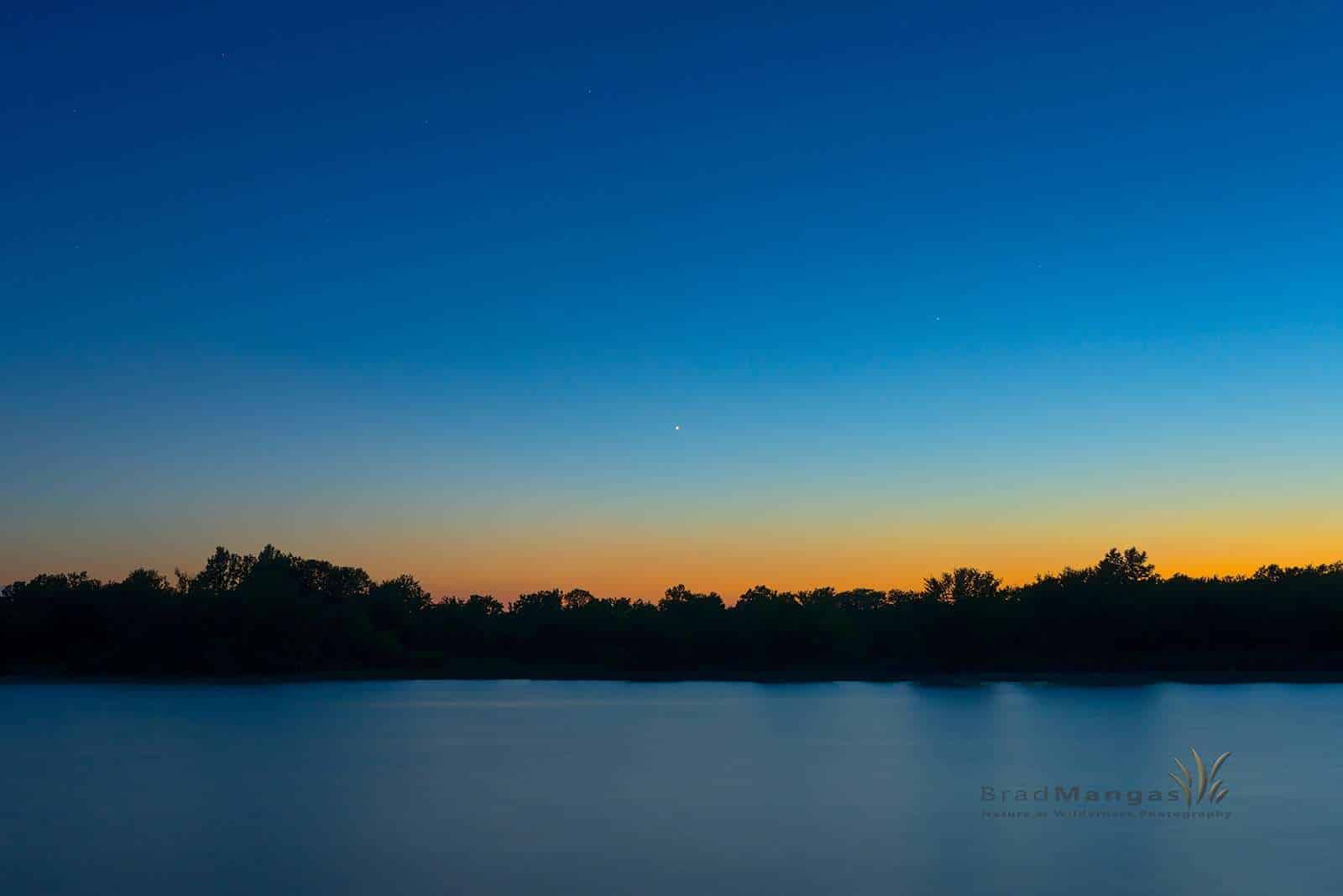