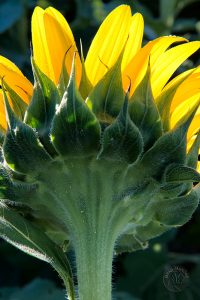 Do you live in the present? That is to say, do you only react to the world around you? Or, do you aspire to make the world one in which you want to live in. I have come to realize I no longer live in one world. This may sound strange because to most it may be near impossible to understand. I can safely say, now some 10 years of traveling down this path, I live in two distinct worlds.

Part of me thinks this is just a play on words and I’m making something up for the sake of being different. Part of me believes this idea is not productive in my pursuit of meaningful work. I may even be able to convince myself these two worlds are really the same, it is simply my perception that separates them.  But when I attempt to ask myself about those things I am first confronted with, why? Why would I try to convince myself of anything? Why can I not just accept what is presently my view of things? So, I am not going to change my thought on this and will state once again; I live in two distinct worlds.

What do I mean by that? What are these “two” worlds I live in? This may sound somewhat convoluted simply because there is no straight forward way that comes to mind to explain it. The two worlds, to put as simply as possible are; the one I live in the majority of the time, such as now as I am writing this. As opposed to the one I live in when I need to wash away the dirt and grime from this world. They are both, for all intents and purposes physiological states of my existence.

It’s not like I live in two separate places. Or even experience two separate lives, not at all. But there are very noticeable differences when in one place vs. the other. Is this actually two worlds? Well, maybe only in my mind I will admit. But it is a striking enough difference that I notice it emotionally as well as physically. It has become clear I prefer one over the other. Not just a little but almost completely. I say almost because there are virtues of both. I can not say with certain they balance each other out. But one I definitely prefer over the other. What is perplexing to me is attempting to understand how one is directly responsible for the other. I know this is true. I know I can not have or experience one without the other. It is my Yin Yang. Two halves that come together to form one.

Over the course living we become aware of many important though trivial things. We learn to be careful and cautious of what we ask for. Consume one and neglect the other can and most likely will have negative consequences. Time has shown us there can be many unintended consequences of what at the time seemed like a good idea.

I view this now stated Yin Yang experience as a normal struggle. I also realize I may be in a small minority when it comes to this “two world” theory. I believe that being in this minority may make it even more real, even necessary to me. If everyone felt this way I would see myself as quite ordinary. I like ordinary, but I don’t want to be ordinary. Ordinary is for when I’m setting around late at night relaxing watching a good sci-fi on Netflix, that’s ordinary. When I am out washing the grime of everyday living out of the deepest cracks and crevasses of my mind, this is anything but ordinary. That to me is living.

Another noticeable addition to this state is how much one world effects the other. Or maybe more accurately how one world effects my perception of the other. In trying to think of a comparison I could make the comparison of living in the city to living in the country. Actually I could compare living in New York City to living in Onaga Kansas. Never heard of Onaga Kansas? Exactly. The differences are as striking as night and day.

Though we may prefer the Yang over the Yin we must always be aware how effecting one will have consequences on the other. Create the world you want to live in. Do not neglect the world around you but make it a vital part of the whole. Escape to those places you long for. Make them important even if they last for just moments. Build upon each to nourish the other.