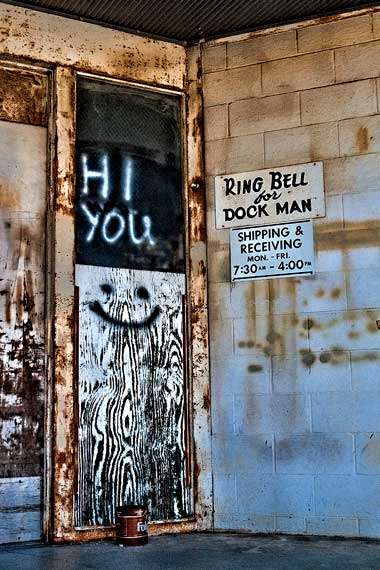 Computers are like Old Testament gods; lots of rules and no mercy.
― Joseph Campbell, The Power of Myth

Running and maintaining a website is a constant challenge. If doing so on a serious level it requires consistent and diligent time. It’s not enough to throw things out into the internet and expect anyone will ever see it. I would suspect 90% or more of the websites currently online are completely unknown.

If you are somewhat familiar with  websites and how this is done you will have heard about SEO. I won’t be going into all the explanations of SEO so lets just say, if you have a website and you want others to visit it, first they will have to find it or know about it. This is where SEO comes in. If you want to be a popular website you better become an SEO guru. I would like to think I am somewhere in the middle and slowly improving.

The whole SEO thing has an interesting history as to how it came about. Apparently it’s all because of Jefferson Starship or as they were known in their early days Jefferson Airplane. Yeah, the 1970’s rock band featuring Grace Slick. I initially found this difficult to believe. But after some research of which I have no reason not to believe, apparently it’s true.

In 1995, in an attempt to be cutting edge and as modern as possible, Jefferson Starship had a website built for them by Cybernautics. Which to my amazement appears to still be in business today. Their manager was excited to show it off to a venue promoter… but the manager couldn’t remember the exact website address so he searched for Jefferson Starship using an internet search engine.

In 1995 the search engine could have been a few various ones. Such as Webcrawler, Excite, Altavista (which was bought by Yahoo), Infoseek, to name a few. Keep in mind Google wasn’t even a company until 1998. Where Are They Now? Search Engines We’ve Known & Loved.

When the manager done the search for Jefferson Starship it did not show up until page 4 or 5. The story is the manager was furious and called the website builder, Cybernatics and specifically the person who actually built the website late at night and demanded this be fixed immediately.

Once the website designer began digging into this he quickly discover the more a “keyword” was used on a website the sooner it appeared in search results. I can only assume the keyword(s) in this instance was “Jefferson Starship”.

What was appearing first in search results was not the bands website, but various fan websites and pages. Where obviously they were using the words “Jefferson Starship” many times on their pages. More than appeared on the band own website.

His strategy to improve rankings was quite simple, place tiny black text on a black background that repeated the bands name. He literally filled the website pages with the keyword. The band’s rankings skyrocketed and SEO was born.

Search engines have grown much more complex and this type of tactic wouldn’t work today. Google would even penalize a site that was attempting to manipulate it’s internet ranking this way. But it’s interesting to see it’s early start.

One of the most popular SEO plugins for a WordPress based website has been Yoast. I have used the Yoast premium WordPress plugin for the past three years.

My initial impression was that it looked like it could improve a sites SEO if you knew exactly what to do and how to use it. I will admit Yoast has a ton of information on their website and over the years I have spent a considerable amount of time combing threw it.

I always found most articles on their site a little obscure and a little “not quite what I needed to know”. This led to not devoting the necessary time in learning about and building adequate SEO into this website.

I lived with this for the past three year thinking it was just my own fault and if I wanted to make improvements I needed to invest much more time into this whole SEO thing. Which honestly I did not find very enjoyable to do.

Now things have changed. The middle of June my annual subscription was up for renewal from Yoast. I believe I had been paying $79 per year for the premium version. A couple weeks before renewing the premium plugin with Yoast I started looking for alternatives. Previous to Yoast I had used a plugin that seems to now be referred to as AIOSEO. I don’t even remember exactly how it worked, but I do know I didn’t know what I was doing when it came to SEO back then.

With Yoast I did attempt to educate myself. It helped to a small degree. But things were never where I wanted them to be. I am not an impatient person. If I can come up with a system that provides slow but steady improvements, I much prefer that to instant but short lived success. I wasn’t dissatisfied with Yoast, but I wasn’t completely satisfied either. I was hoping there might be something that fit my way of working better.

I can now honestly say I found it. There are various ways of trying to find new software. One of the worst ways is to just Google it. Incase you don’t already know the results you get back from Google can be greatly influenced by not only the optimization of any specific website but by Google itself. It really has nothing to do with good or relevant information. It has to do with how Google ranks the information based on how you just searched for it.

One of the techniques I use to find something like website development software or in this case a WordPress SEO plugin is to dive a little behind the scenes of a website and find out what is working and what is not. How I go about this is not to search for what I am looking for, such as “WordPress SEO plugin”, but to search categories for what I want my own website to be part of. For example; “nature photography”. From there I see what websites are being ranked high in the Google search and from that I look at the source code to find out what SEO software those websites are using.

What I began to see was a plugin that I previously had not heard of, Rank Math. One thing that I have learned that is a must when it comes to things like a new piece of software is the ability to learn it. This means accurate, plentiful, and easy to understand documentation.

I quickly became impressed with what I was seeing with Rank Math. Not only is there tons of information, it seems to be a much more user friendly at least to my way of thinking.

Now almost a month of using Rank Math and their method of implementation I have begun to understand this SEO thing much better. This is due to a couple of factors. Rank Math, being true to its name, uses a ranking system of 0-100 of how you are improving a given post or page. You can see improvements or the deterioration of your ranking as you are using it. Also, the suggestions it makes and the supporting documentation just makes more sense, at least to me.

For example, if you have a picture of a beautiful nature scene it is not enough to include information like “beautiful nature scene”. You need to be much more specific and think about who you want your website or a particular post or page to show up for and how they may search for it.

This can be very objective, but one must drill down and make some decisions which include specific keywords. In addition to “beautiful nature scene” keywords should include words or phrases such as; photography, prints, fine art, residential art, healthcare art, canvas, acrylic, etc. Even more specific could be keywords such as; wildflowers, prairies, Kansas, flint hills, just to use some of my specific keywords as examples.

As you can guess it does or at least can become the preverbal rabbit hole, or in this case here, the White Rabbit Hole.

Doing my own unscientific research I believe I have made some good progress to my own specific SEO of this website. Of course time will tell, and like all things, change is inevitable. Google is always making changes to how they rank websites and they seem to be the only one who knows specifically what works and what doesn’t at any given time.

It seems only appropriate on this photography heavy website the photography steps away for at least this one post so we can all “feed our head”.