I miss posting on a more regular basis and vow to do a better job at it. At times the pace of life seems to get in the way of living if you know what I mean. Spring has came here in Kansas and I feel like I’ve missed it. The truth of the matter is I’ve been part of it everyday but time seems to fly by when plans are made sometimes to extreme. I can always think of projects to do those including imagery of seasonal significance but making the plan is only the beginning, doing it takes much more time.

I have enjoyed the spring we’ve had, the weather has been somewhat different ranging from the 90’s to the 50’s on any given week and sometimes within a couple of days. Seasonal storms have been rather strong as we all now from the events from the South to the Midwest, all I can say is pay attention to the forecast and when it calls for taking cover don’t hesitate. I feel rather selfish when I think of the pictures I missed out on during the turbulent weather, I feel very lucky to be setting here with my only loss being slight property damage and a few photo opportunities.

At times my mind gets caught up in the frenzy of daily happenings forcing me to loose sight of enjoyment of the moment. My control seems pale in comparison to reaction of what I need to do as opposed to action of what I should do, this leads me to the question I posed as a single word, searching. What as photographers do we search for? There are all the deep singular narratives we all read about, to sum a few up the bases could be explained as; being in touch with nature and our surroundings. I’m good with that no need to complicate something that should be simple, intuitive and easy as breathing the fresh damp cool air that encompasses the lands after a spring rain washing over the areas we call home.

The past few weeks I find forced behavior lingering in my conciseness instead of what I perceive as natural behavior. Knowing that spring is abound and I must get out and capture the abundance of fresh seasonal life or I will miss it. It’s that “miss it” part that bothers me, not that I will actually miss it but the notion that I “think” I will miss it. To let our mind soak up the wonders of the seasons and to be aware of that wonder will forever cause one to embrace it whether captured with camera or not, this is the natural behavior I dare not miss. 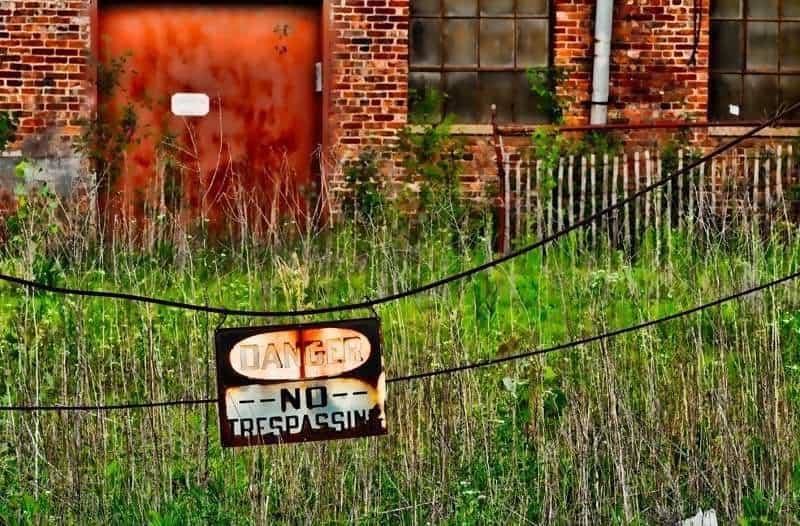 As mentioned I have been out on the lands, in the Flint Hills driving the back roads in search of new imagery. It’s funny in a sense that I recognize the force behavior as now undesirable when in the past I felt the need to force it. I don’t mind pressure to produce but it need not be the thing I’m in search of, contrived work I find to be most undesirable. My last few outings have been met with ferocious winds sweeping across the prairies and open lands. Wildflowers bowing to the might of unseen forces, winds so strong I felt the need to keep my hand on the tripod and camera just to keep it from blowing over. Remembering one of the simple rules of taking pictures that of, keep the camera steady if you want a sharp result, easier said than done when gusts of 45mph winds smack your face. Twice during recent outings I have just stopped, given up in despair and headed towards the homestead. One of these led me not to my abode but to a old part of town where I had no need to force anything just the decision to play around and take some pictures. After the darkness had began to set in my drive through the city took me by one of the highlights of all kids summers, a carnival. Set up in a large parking lot the lights and action were too much for me to drive by without one last stop. I found it relaxing to just take a few pictures for no other reason than the enjoyment of doing so. 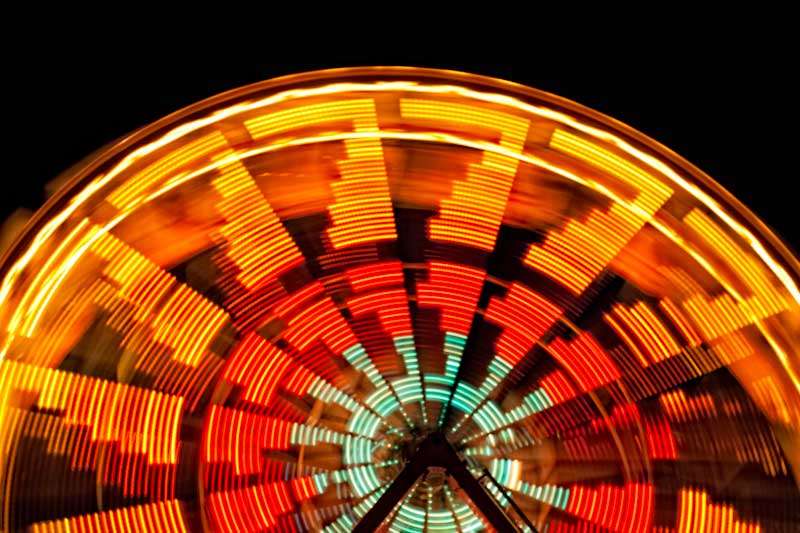 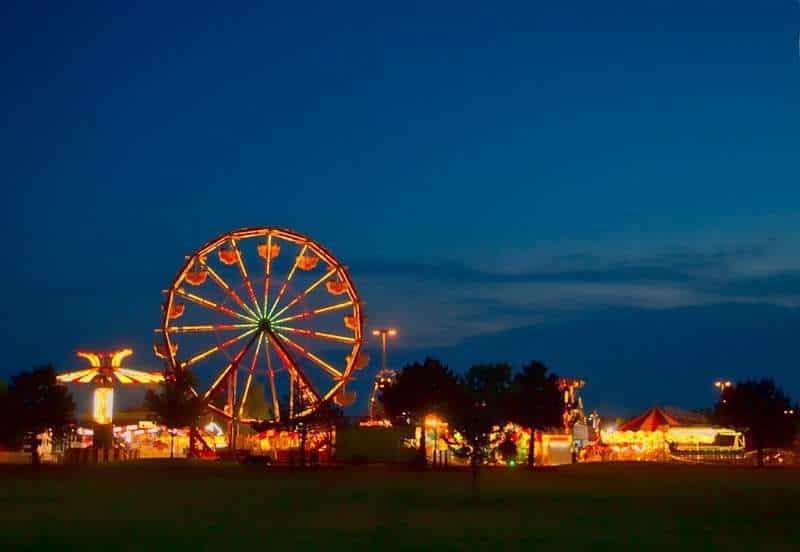