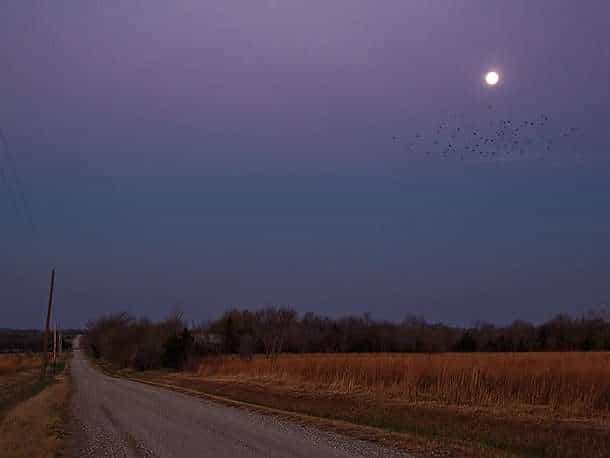 I was on my way back home Saturday evening from southern Kansas during that “magical” time of the day, the sun had set a few minutes earlier and the moon was rising higher in the eastern sky, may attention wasn’t on the road in front of me so like a responsible driver should I pulled off the highway.  I stopped just a few yards down this country road which just happened to have big bluestem growing on both sides, I think a fisheye lens would have come in handy here. But all I had was my trusty G11, I made a few shots of the grasses and moon and then worked the road in to the scene which I like better. There really isn’t anything special about this shot there is not detail in the moon being a single exposure but it represents what I was looking at and places me back there once again.

I spend much of my time in search of that special shot, passing by on many opportunities for some unknown reason. If a scene touches you in some way, it’s worth taking a picture of. Sometimes I believe we try to hard to find that one thing that is “special” all the while passing by what we think to be ordinary and missing that specialness of all things.