Public Perception of a Photograph

Public Perception of a Photograph

A photograph vs. a painting, where is the line drawn? Is there a line? Should there be a line? The line I’m referring to is the one of acceptance of the creation as art. What is art and what is not, wikipedia defines art as; Art is the product or process of deliberately arranging items (often with symbolic significance) in a way that influences and affects one or more of the senses, emotions, and intellect. This would make art, any kind of art a personal decision of the viewer. Art, like beauty, love and most all deep emotions is in the eye of the beholder. So would it be safe to say we are all art experts or nobody is an art expert.

This topic came to my attention last week after working up an image and posting it on my facebook page. It received some wonderful responses as I was rather pleased with it myself. It happened to be and image that was taken back in 2008 and at the time I was not able through my own limited processing experience or software at the time to produce and exceptable finished image. More than likely the first is the case. A few days ago I mentioned this to a non-photographer person very close to me who explained this may be one of their favorite photos of mine. I explained it was an image from 3 years back and I when I revisited it recently was able to apply new processing skills to obtain this result. They seemed rather surprised as if, what’s the big deal with this “processing” stuff. I explained it was actually 2 separate exposures of the same scene, one for the foreground and one for the brighter skies and how they were blended  together to create a final image, something that is fairly straight forward to most photographers of the digital age. Their response more than surprised me, which was, “oh so it’s not real huh”? Somewhat shocked my only immediate response was, “it’s as real as any other photograph you see, why would you say that”? They kinda chuckled and replied “I don’t know”. Of course I had to go on then trying to justify the legitimacy of this photograph. Why was I doing that? Has photography gotten to the point of needing to be justified as to why or how an image was created. Could you imagine asking Van Gogh why did you paint Starry Night or, is that sky real? 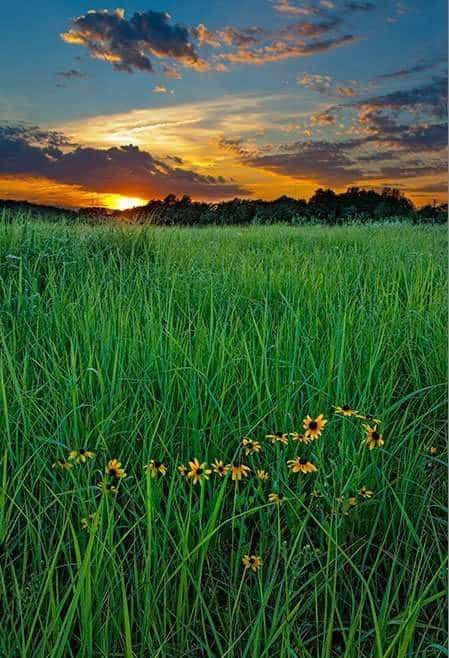 I know photography minded people see a photograph in a different way than the general public. I don’t go out to take pictures for anyone but myself that is completely true but, I want others to enjoy them as well. I want to share and connect with others a part of my believes and emotions through a photograph. This did happen with many people who viewed the image but when a technique used to create it was mentioned all of a sudden there was a complete disconnect.

There is no answer in this post only questions and an attempt to understand possibly an alternate view point. I’m not sure of the need to understand why other may interpret a photograph in a specific way but it does raise my curiosity. The need to relate to our fellow humans obviously does not exists only through art but being a major focus of ones life the need to connect in such a way art does becomes a big part.

This is nothing new, the debate over creation of art, what is art and the tools used to create art will continue until humans are no more. But back to my initial question, is a painting of a fictitious scene that obviously is not real and does not exists anywhere in the world given a free pass as art compared to a photograph that has been somehow created to depict an actual place? I can’t seem to be able to get my mind around that.

Everyone has a camera with them nowadays so I’m thinking everyone is not only a photographer but artist as well. I guess I just take pictures and make up stuff.