Photoshop and the photographer, Fake or Reality

Photoshop and the photographer, Fake or Reality

The title alone is capable of unrest in the photography world. This debate of using photoshop to enhance an image is like a new born star. Burning bright with no end in sight. Much is written on both sides of the topic so I thought I would throw some of my consideration into the fire. I would like to hear any and all opinions on this topic if you feel so inclined.

Documenting a landscape or nature scene is a primary reason for taking a picture, after all  It’s worth a thousand words. Documentation as representation to actuality is a myth when it comes to photography. Taking a picture is going to be just that, a picture. An image as produced by the device taking the picture not your eyes. So right off the bat true representation of the image is flawed. Did that camera take a picture of what you saw? Or did it capture the light as best it can? Of course the second applies. So what are you to do about the image? Make it better right? Make it the way you want it to be. Getting it as close as possible to the what you recall the scene looking like. It may be bringing out the small unnoticeable details in the scene. It may be enhancing the scene, highlight the rich colors. And it may be all of these plus more. That choice is up to you, the photographer. Now, how are you going to do this, I’m on the road of digital photography with this article but the same holds true whether you use a digital darkroom such as photoshop or a chemical darkroom, (by the way, the digital one smells better).

I don’t want to stray to far down the road of right or wrong, there is no right or wrong. There is only choice. One doesn’t outperform the others. It blows my mind when I read how folks seems to despise a photograph that “appears” to be enhanced, the issue almost always seems to be with color saturation. The problem to me is that it is just to darn easy to move that saturation slider. If a little is good a lot is better. Now we all know that isn’t true but just how much is enough? Again, the choice is yours.

When I started down my journey of photography and the learning of photoshop I was amazed at how I could take an otherwise dull scene and give it a punch of color to brighten things up. How cool. A few seasons of photographs in my archives reveled very brilliant colors. As time progressed and I saw similar works I began to notice some photographs that very apparently did not have this punch of color added to them. They looked very “natural”, which can be a nice way of saying kinda “plain”. And the work from talented photographers became more and more appealing to me. It wasn’t from the color of the scene but the scene itself. I started comparing my work to works of those who use of the saturation slider was much less than mine. And I noticed something. Adding a blast of color doesn’t make a bad scene good. I would go as far to say it doesn’t even make a good scene great, but I will stop there.

With my new found opinion of over saturation my work began to take on a new look. One of the scene. That being elements of the scene, composition of the scene and in general just a better looking picture to look at. At least that was my goal. My opinion of the saturation slider had changed somewhat. It’s not a fix all, it’s not even a fix anything. It’s a way to give a very good or great image somewhat of a “wow” factor. So is there suppose to be something wrong with that?  Like you now have altered reality? Guess what, as soon as  you snapped the picture and recorded it on traditional or digital film you altered it’s reality.

I attended a good sized art fair last summer and checked out all the photographers and their work. One photographers work stood out from the rest. A fellow from Colorado who’s double booth setup was full of small to large beautiful landscapes of the Rockie Mountains and scenic vistas. His work truly was nice. In his booth he had set up on a tripod a large view camera, with sign reading, “This is a the camera used to take these pictures” and in a few places hanging in the booths were additional signs reading “No Digital Manipulation”. Ok, I’m going to be carefull here because I have no proof of what or how he does his work. But if some of those scenes looked exactly like the pictures, I will eat this computer. But besides that, it was the attempt to make “Digital” out to be some kind of reality manipulating monster. I will lay down a bet with anyone who cares to venture that in the hands of a master a digitally produced image will outperform the reality test over a film captured image every time. What immediately comes to mind is that I have never looked at a nature scene in reality and noticed “grain” such as is produced by some films. I guess I could hang a sign in my booth saying “Closer to reality, No Grain”. Ok, I’m sure you get my point.

Photography has came a long way since the times of gun powdered flashes or what ever it was they used. You have a choice. You like film, great. I bet you use the best film you can for the situations you shoot. Velvia for brilliant landscapes and skies? Digital manipulation? No, reality manipulation? Yep. So what’s the issue? Creativity is and should be totally personal. Coming from the imagination, heart and soul of the creator. There is no right or wrong. I know of no other field of art where doing something one way is right and a different way is wrong. If you see a photograph and the leaves on the trees are too red and look fake, then stop looking at it, just walk away and go make your own photograph of the tree.

It can be difficult to put down all the pros and cons of this matter and I didn’t attempt to do that. It, like the pictures I take these are my interpretations. Some facts do stand out as just that. A photograph is not reality. It may be the closes thing we can have to how something actually looks, that is if we take a good picture of it from all different angles and in all different lighting conditions and with… a hundred other factors that can change the way it looks.

I have recently introduced some additional software into my workflow. “Enhancement” software, yes that evil reality manipulating stuff that all horrible pictures are made from. In this case the evil doer is made by Topaz Labs, and they come in the form of photoshop plugins. There is another monster on the horizon made by the evil doers NIK. Both these pieces of software are made to manipulate, enhance, change, make more real, make less real whatever you chose to call it, help the photographer get the results he or she desires from their photographs. How dare I use such reality altering monsters to produce nature photography. Ok, 40 lashes for me, done deal.

Create the photographs you want, with “create” being the key. Make what you like and you will want to continue making them. Allowing growth, development and happiness. If I have to make the sky bluer and the grass greener to do that, seems like a small price to pay. 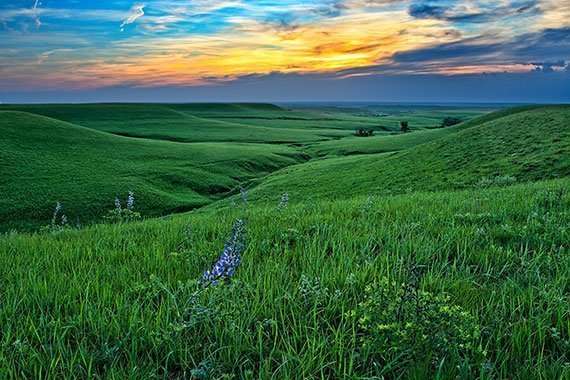 This is an image that has been reworked using some of the new evil tools. Fake, or real? Good or bad? Like or dislike?