Hey, Happy Summer 2014! Yeah I know I am a few days late in my acknowledgment but the best to all through the next few months. We have had some great weather the last few weeks with only a hint of summer heat but, we won’t be able to hold it back much longer.

I have begun attempting some nigh time photos lately. When I say begun that has become very apparent with my few attempts. There is a lot of time and effort involved in doing night time specifically star photography and I am on a big learning curve with this. I do have a good understanding of what is needed in capturing the night sky and much of it seems to be out of my control, at least time wise. My windows of opportunity to stay out well beyond sunset is somewhat limited and that has to correspond with Mother Nature’s willingness to keep the skies clear during these times. I have found that even if conditions are not optimum the simple experience of being out at night has a great calming effect on ones mind. So time is never wasted even if pictures don’t happen.

I made a quick trip to Chase County last Saturday night arriving just after sunset and settled down in a spot along Chase County State Lake, as most may know, one of my favorite spots in the Flint Hills. There had been some stormy conditions throughout the region but, skies had mostly cleared as darkness set in. I began my attempts during the blue hour which is typically around the first two hours after sunset. The sky holds on to darkening blues as the start begin to make their appearance. There is a lot of experimenting that goes on when beginning to capture the dark skies along with the stars. Exposures are adjusted with time and iso settings and then there is the focusing aspect that needs to be extremely fine tuned in the dark. It’s actually a great learning process and challenging to be able to make such adjustments that typical daytime captures seem to take for granted.

I do know that exposures need to be no longer than 20 seconds in order to keep the stars as pinpoint dots of light in the sky. Longer exposures will result in the stars beginning to streak and shorter exposure times will result in less stars be visible. As midnight approached I was beginning to make exposures of 20 seconds at 3200 iso. This was at 24mm and an aperture of 2.8.  I had been attempting to keep some foreground trees and bushes in the frame and in focus even with a slight breeze blowing while still needing the stars to stay sharp. Yep there is lots of experimenting that goes on doing this and ones patience is tested.

I knew my times was going to be cut short due to some clouds beginning to move back in to the southern skies and these are noticeable in the captures coming in from the right edge. I did get to make 37 exposures in my couple of hours I was there with most being what could be considered test shots. This was one of the last exposures made before the clouds started dimming out the stars of the night.

I can see myself getting very involved in night time shooting but my window of opportunity will need to be opened wider to start producing serious shots that I have envisioned in my head. On a similar but side note, the lighting bugs are almost magical to watch in the early night hours and I may turn the camera to these little delights when the skies aren’t cooperating. I get excited just thinking about the possibilities! 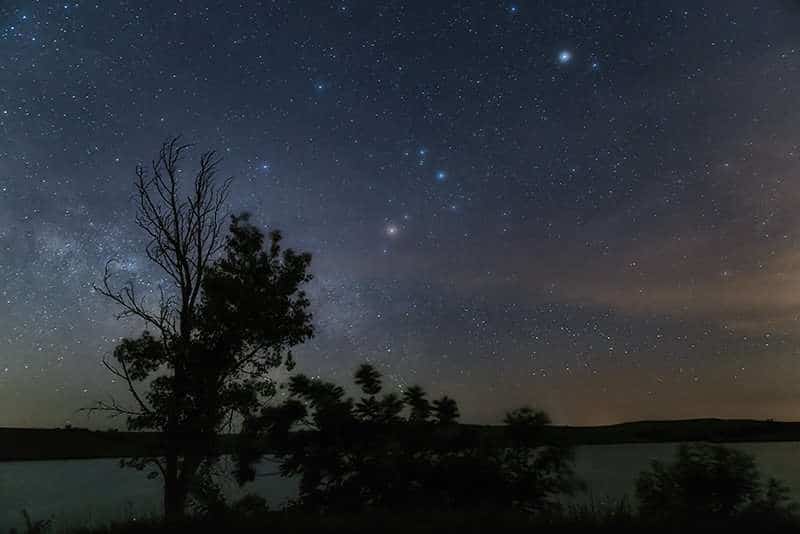