From Change To Transition

From Change To Transition

Change is situational. Transition, on the other hand, is psychological. It is not those events, but rather the inner reorientation or self-redefinition that you have to go through in order to incorporate any of those changes into your life. Without a transition, a change is just a rearrangement of the furniture. Unless transition happens, the change won’t work, because it doesn’t take. -William Bridges

I would venture to say most of us have been different people at different times.  The truth is, we all have been. From young adolescences, teens, young adults, to the older wiser people we are today. It is the journey of life.

I followed the typical journey. Born and raised in Kansas, the youngest of four from hard working parents, my path was like many of my generation. Do good in school, stay out of trouble, get a job, raise a family, work until you can retire, die. I don’t mean to disparage any of this and for many if not most it can represent a life well lived. What is not mentioned or even expected are the detours, the potholes, and the accidents along the way. They can become overwhelming if not down right stifling. Like it or not, life happens.

For the first forty six years of my life photography did not seem to be of much interest. I know now the previous ten years before provided many critical turning points in my outlook on life. You never realize these things when they are happening. Years can pass by before you understand how experiences have effected you. Nobody has a rosy outlook everyday and nobody should have a disparaging outlook every day, but for those previous ten years mine leaned heavily to the disparaging side.

Time marched on. Many personal trials and tribulations took place, but I never truly gave up hope that somehow better times were ahead. I’m not sure where that attitude came from. I’m thinking now if I was just to scared to give up. Fear is one of the great motivators. In 2006 I emerged safe and happy.

In 2008 due to personal circumstances I found myself needing to take photographs of a good number of personal items. Not “just” snapshots, but I needed to take good pictures of them. Like professional advertisement type of pictures. I had little point and shoot camera. I did what anyone else would do. I started pointing it and taking pictures. Over and over and over. Each time when I looked at the pictures on the computer screen I knew immediately they were not good enough for what I wanted to use them for.

This led to the need of understanding how to get an image to look a certain way. In other words, I needed to learn how use a camera, capture, and create an image. I am a technical guy by nature and also by education. I love learning how to use technology. If there is something I don’t know how to do it drives me crazy until I understand it.

Eventually I got “good enough” to be able to move forward on the personal project I was working on, but just barely. Quickly I discovered the more I learned about how to use a camera the more there was to learn about how to use a camera. This was going to be a time consuming ordeal. The good part was, I enjoyed it. I really and truly enjoyed learning how a camera does what it does and how I can make it do what I want. For months I was consumed with experimenting with a camera and how all the setting worked and what the did to an image.

Months went by, I was consuming as much photography related information as I could find. I had joined and was active in an online forum. I was beginning to take this photography thing serious. It did not feel like just a hobby, but more like a calling. I had to learn all there was and wanted to be involved with it nearly every waking minute. A few more months went by and I knew I had to buy a different camera. The point and shoot I had just wasn’t cutting it. It was meant to do what a point and shoot is meant to do. That is, point it at something and push the button.

I look back at that period now and realize I could have been much more engaged with the little point and shoot if I had only knew what I wanted to do when it came to photography. I was placing to much emphasis on the camera and not nearly enough on myself. It would be like wanting to be a chef and thinking that if you only had better pots and pans your food would taste better. Only to find out they did nothing to make what you cooked better.

I soon purchased my first DSLR camera. Then something completely shocked me. I quickly learned I could make even worse pictures, and way more easily. I found it quite aggravating, but not enough to stop. Just aggravating enough to make me not stop. At this point there was no turning back. I began taking pictures like an out of control Paparazzi. Pictures in the backyard, pictures walking the dog, pictures of items around the house. More months went by, eventually I started figuring out how this camera thing worked. I figured out how one adjustment effected another and how that would effect the final image. All this lead to another revelation, I was taking pictures just for the sake of learning how to use a camera. Now that I had a handle on that, what was I supposed to do now?

Nature is the source of all true knowledge. She has her own logic, her own laws, she has no effect without cause nor invention without necessity. -Leonardo da Vinci

There was only one area of interest that occurred to me. A subject that I easily gravitated to and visited every day. The outdoors, nature, and the world around me. I have mentioned in previous posts that I am an introvert, and actually quite proud to state that. So the reality was, being by myself in the great outdoors was the only option from the beginning. An option that fit like a glove.

It was shortly after this small turning point I had the opportunity to attend docent training at Konza Prairie Biological Station. I completed the nine months of weekly training and came to yet another realization. Nature and the natural environment is extremely important to me. I also learned I was born, raised, and have lived my entire life among the most endangered ecosystem in North America, the tallgrass prairie. I was simply astonished at the things I did not know and had just learned about. That was really all it took. It’s like in midlife I had just found my calling.

In a two to three year period I had progressed from pushing a button to take a picture to someone who had a driving desire to create images. The technical part of capturing and image soon became boring. I needed more. More personal contact with what I was photographing. It was confusing for long periods. I wanted to create images with a camera but something was missing.

The missing link, as I came to find out was personal interest. I had to be personally invested in the subject matter in order to have a desire to photograph it. It was with this realization that the marriage between my love of nature and desire to create became one. My previous training as a docent for the tallgrass prairie became paramount in my photographic endeavor. Over the years this has only become stronger. To the point where it feels so ingrained into who I am I can not separate it from myself.

There is one other thing I will mention very briefly. During the first couple of years of this change, there were personal events taking place that left me with two options. Pursue this creative self improving venture in a healthy positive way, or lose nearly everything in my life. The fact was I had to make a life altering change and something was needed to keep me from falling back into the bowels of hopelessness and despair. It was not photography or something else. It was photography or nothing. Literally. So it began. Photography, the love of the outdoors, and the respect for my homeland transformed me.

Having the formal education that I do, which is in electronic technology I do understand the important of having the proper tools to do a job. Tools are important, but how you use them is more important. For the most part this is where experience comes in. For the past 10 plus years I have worked to acquire this experience.  There will be no ending point with this. Each day is an opportunity to acquire more, different, and hopefully beneficial experience.

What I do and how I choose to do it is completely personal. I don’t venture into the outdoors in search of photographs. I don’t use the camera to produce something for others. Photographs just seem to be one more result of the driving force that compels me to keep going, to keep living, and to keep the desire of self enlightenment burning bright. I don’t compare my work to others. The thought of comparison is akin to admitting my work doesn’t matter, I don’t matter. Comparison would completely negate everything I do and the reason I do it. That is probably the reason I never partake in things such as competitions or contests. I find no satisfaction in comparisons.

It is not in the pursuit of happiness that we find fulfillment, it is in the happiness of pursuit. -Denis Waitley

The joy, satisfaction, contentment, and continued motivations, comes from the experiences I choose to have. They can take place with our without a camera. The camera and subsequent photographs seem to be more like the icing on a great big delicious cake. I use the word “art” and “artist” to describe myself and what I do. I am not sure that is proper or if myself or my work is worthy of such specific description. What I do know is that it is a goal and will continue to be until my time on this earth is through.

Don’t only practice your art, but force your way into its secrets; art deserves that, for it and knowledge can raise man to the Divine. -Ludwig van Beethoven 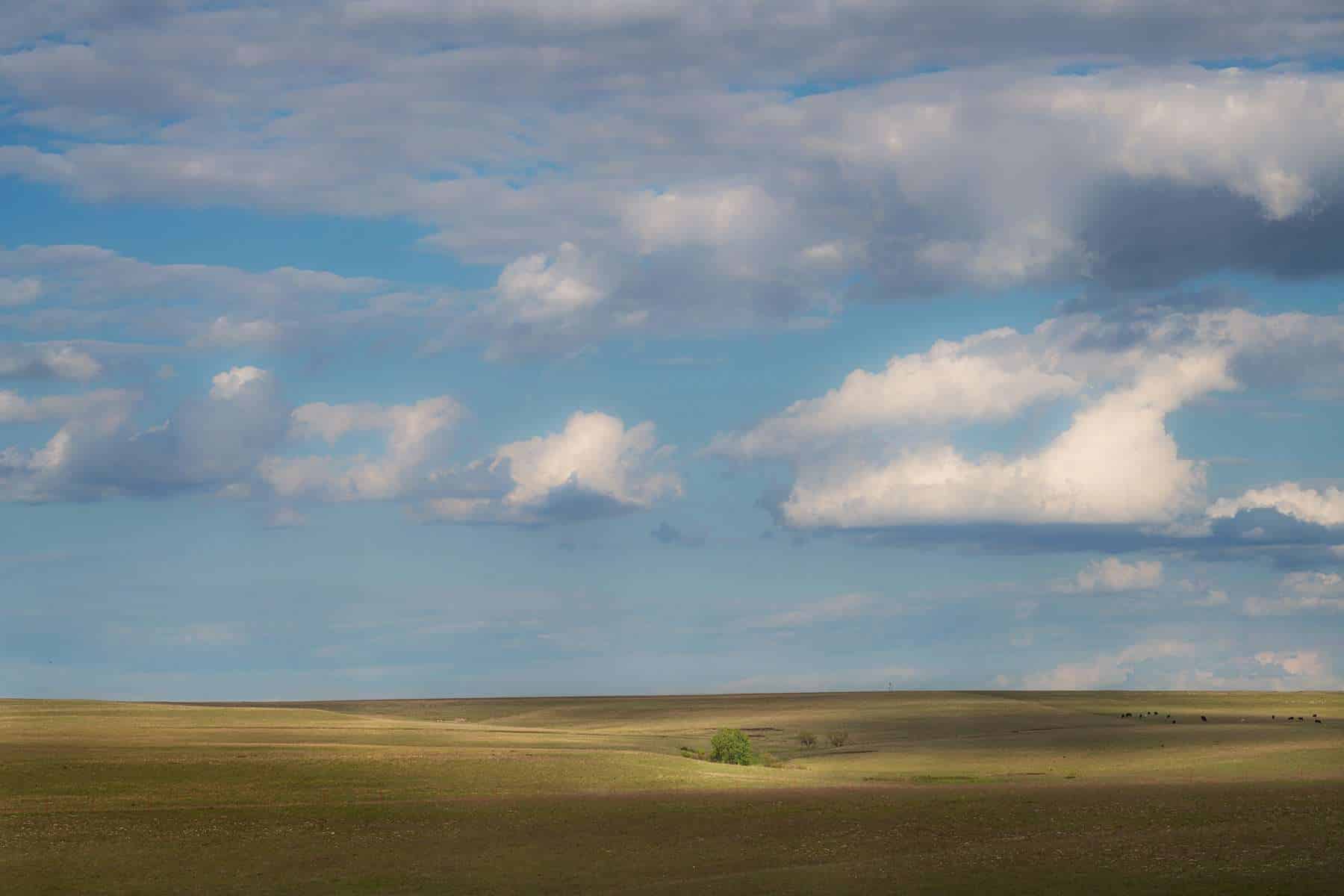