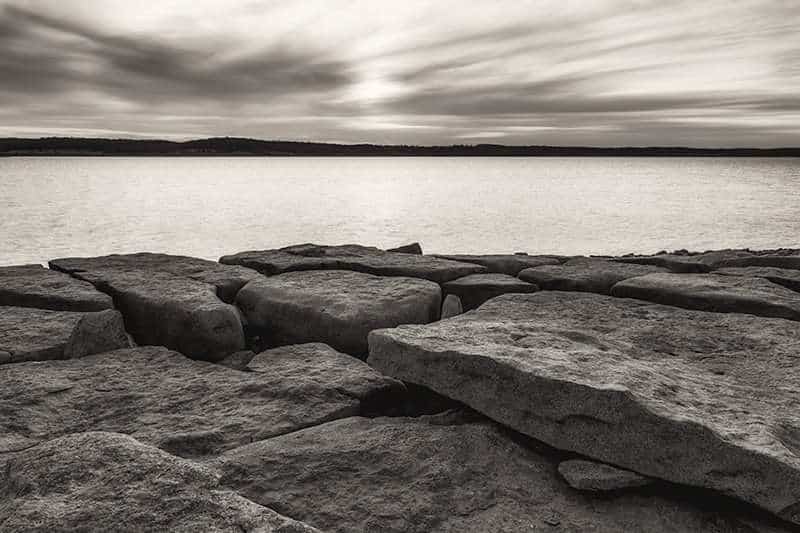 There must be something about the season that has drawn me to visit a few of the local lakes over the last couple of months. I have still made it out onto the prairies but this is typically the time of year when the grasslands are getting their annual rest with little in the way of those spectacular moments they are so well known for.

I don’t want to underplay it too much because winter can be a wonderful time to explore these fragile lands. No worries about the heat melting you away or the insects swarming around your head or chiggers making their way into places that, well you really don’t want them. Many times the grasses take on a beautiful golden color that can only be experienced during the winter months. The lack of rainfall over the last year or more has really put a damper on the growth of many of these, I truly hope this year will provide some much needed moisture for these lands and aid them in the bounty they provide.

On a recent outing to Perry Lake the low water level was profoundly noticeable exposing shorelines that are typically underwater. It was during this outing I came upon an area of large boulders stretching 30 yards or so in an area known as Slough Creek. I had visited this area a few weeks before and had concentrated on the drift wood that was at the water’s edge. That outing produced this month’s wallpaper image.

It was getting late in the afternoon and the day had been full of cloudless skies and I hadn’t made any plans to go out anywhere. Something about clear skies seems to hold my creative spark at bay. At around 4pm I noticed the skies had begun to fill with streaming white clouds from the west and that was all it took for me to change my mind rather quickly about making a trip out before sunset. The area at Perry Lake came to mind since I could be there well before the scheduled 6:01pm sunset. My plan was to visit the shoreline of these large boulders I had found a couple weeks before in hopes of incorporating them into an image.

Forty minutes later I found myself standing on these large rocks gazing out to the slowly setting sun. The clouds had hung around all looked as I had hoped. I positions myself and camera back on the edge of these rocks facing west and down about a foot or so off the ground. I wanted the lines of the rocks to become more dominant in the scene since they abruptly dropped off to the water’s edge.

I spent the next 90 minutes trying a few different compositions and waiting to see what the sunset would be like. Nothing spectacular in the way of color came about this time but the benefit was still apparent. It was one of those times I found myself enjoying the experience more than the need to create images. It allowed me to end the day with good deal of peace and quiet while taking in the fresh crisp air of a February evening.