Wanted to get a couple more images of the Snow Geese on here as a follow up to the previous post. These image were taken on my return trip I had mentioned that didn’t quit turn out the way I had planned. I had heard of an area that approximately 70,000 geese have been spending some time in, an area managed by the Kansas Department of Wildlife and Parks. I had initially made plans to be in this area during sunset with hopes of creating some images with geese against the setting sun and colorful wintery skies. I arrived in mid afternoon and decided to hike a trail up to the west side of the lake just to see if the geese were still hanging around. Well I wasn’t disappointed other than the fact that they were a long ways away. All were hanging out in the middle of this 450 acre lake so my attempts with my 70-200 yielded more of a landscape appearance with geese in it than anything else. Non the less I spent 30 minutes or so grabbing shots here and there.

As I began my hike back out from the lake it started, the sounds of the Snow Geese intensified and I new they were blasting off from the water. I was behind a heavy row of trees at the time and quickly managed to make it half way up a hillside in an attempt to get a shot of the spectacle. As they came in to view is was like a goose bomb went off, there were geese covering almost half of the visible sky. Up above the tree line then back down slowly disappearing behind the hillside before returning to the water. Here are a couple of shots from that moment, the first showing the geese getting off the water, the second simply focusing in the middle of the flock as they climbed above the treeline and the third is a 100% crop of the second shot showing more detail of the geese. I find it amazing they can fly and navigate as great as the do when it appears they are literally on top of each other.

This would be the only chance of the day I would get to photograph them, my plans to return to the east side at sunset didn’t materialize due to heavy cloud cover that moved in. I made an educated guess that the sunset would not be what I had planned on plus around that time some showers came down in the area. I spent the rest of my afternoon again exploring some new back roads of  the prairie. Now my only question is, how long will the geese hang around? 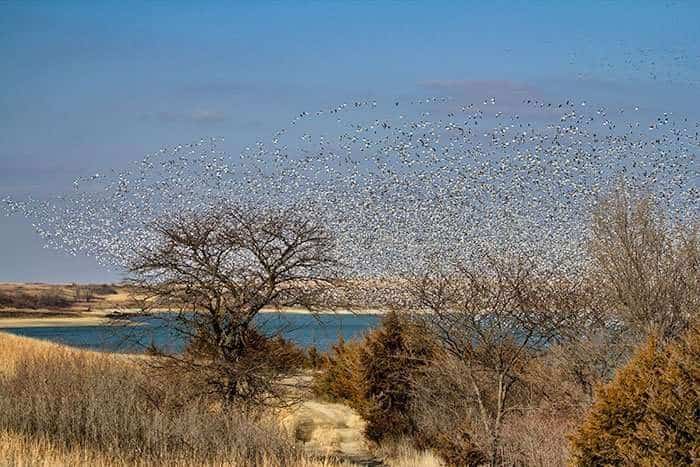 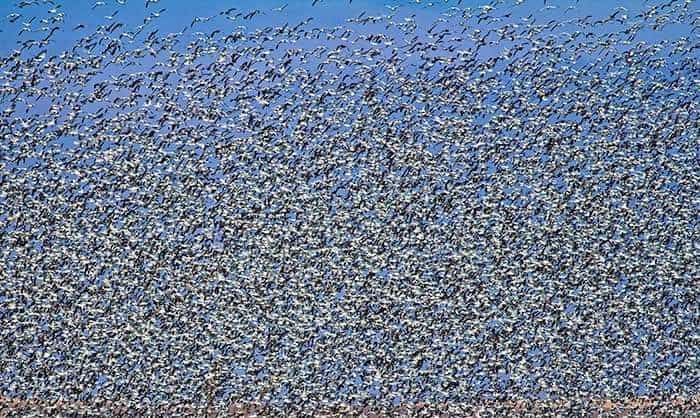 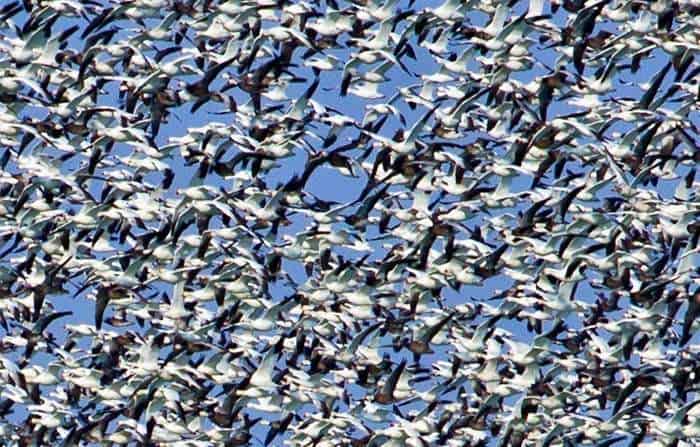