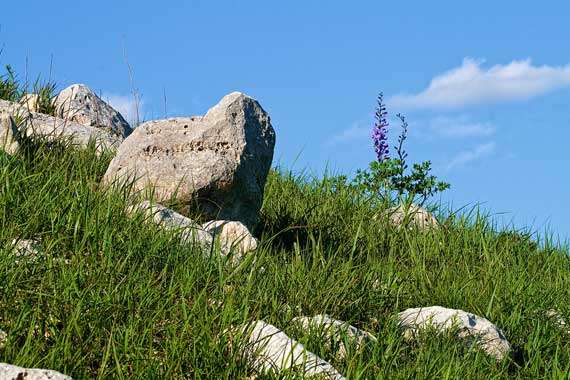 Another image captured last weekend during my stint in the flint hills. I had mentioned how had the wind was blowing hard that day and for the most part I really didn’t expect to many pictures to come out sharp. I experimented with using the wind as another element of the photo, allowing the blurry motions of the indigo to be part of the look. Sometimes this can work out well really installing a since of wind movement to a scene.   My result was not particularly to my liking. Things just looked blurry. So taking advantage of the brightness of the late afternoon I shoot some images stopped down to a smaller aperture f8 or less with the brightness helping in keeping a shutter speed to 1/125 or more hoping to eliminate the motion of the wind. Some of the results were exceptable such as this shot.

It pays to experiment with your photography when out and about. Each trip should be a learning example of what works and what may not.